Sunday has come and gone, but Helen Espinosa’s Song Lyric Sunday’s theme this week was A Song from the First Band You Ever Heard in Concert, and I couldn’t very well pass that up no matter how far behind the rest of my life has fallen. (The YouTube link is in the song title.)

In 1961, before the Beatles and the British Invasion, folk music was the other side of a pop music scene dominated by Elvis-type rock and roll. My older sister was in junior high and I was in elementary school when we were allowed to attend a concert by ourselves at the Circle Arts Theater in San Diego. The Kingston Trio’s founding members (Dave Guard, Nick Reynolds, and Bob Shane) performed in the round, and we even got autographs after the show.

The question that’s plagued me all these years: Why didn’t she just put a nickel in his sandwich?

Spoken:
These are the times that try men’s souls. In the course of our nation’s history, the people of Boston have rallied
bravely whenever the rights of men have been threatened. Today, a new crisis has arisen. The Metropolitan
Transit Authority, better known as the M. T. A., is attempting to levy a burdensome tax on the population in the
form of a subway fare increase. Citizens, hear me out! This could happen to you!

Well, let me tell you of the story of a man named Charley on a tragic and fateful day.
He put ten cents in his pocket, kissed his wife and family, went to ride on the M. T. A.
Chorus:
Well, did he ever return? No, he never returned and his fate is still unknown. (What a pity! Poor ole Charlie. Shame and scandal. He may ride forever. Just like Paul Revere.)
He may ride forever ‘neath the streets of Boston. He’s the man who never returned.

Charlie handed in his dime at the Kendall Square Station and he changed for Jamaica Plain.
When he got there the conductor told him, “One more nickel.” Charlie couldn’t get off of that train.

Now, all night long Charlie rides through the station, crying, “What will become of me?!!
How can I afford to see my sister in Chelsea or my cousin in Rocksbury?”

Charlie’s wife goes down to the Sculley Square Station every day at quarter past two,
And through the open window she hands Charlie a sandwich as the train comes rumblin’ through.

Now, you citizens of Boston, don’t you think it’s a scandal how the people have to pay and pay?
Fight the fare increase! Vote for George O’Brien! Get poor Charlie off the M. T. A. 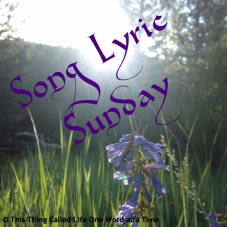 I am a writer. Let me tell you a story... View all posts by Sue Ranscht

I'd love to hear what you think. Cancel reply

This site uses Akismet to reduce spam. Learn how your comment data is processed.