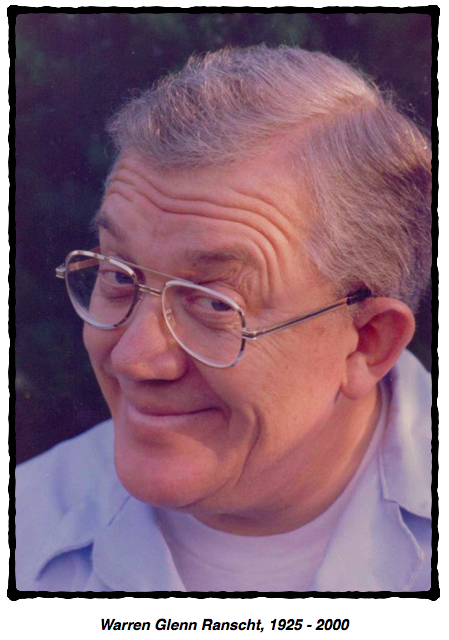 Normally, we think about all those who fought for American ideals and dreams on Memorial Day. I can’t help but feel it more personally, too. My dad was part of The Greatest Generation, the oldest generation with any living members who fought in a World War.

He was 19 and a chemical engineering major at UW Madison in 1944, when he enlisted in the US Army. He spent his 6 weeks in boot camp, and was immediately sent to France. Two months later, he and a German soldier faced each other in a trench. The German’s bullet hit the pen in PFC Ranscht’s left breast pocket, and glanced off into his left arm, shattering the humerus. When he returned to the USA, he left his left arm in France.

END_OF_DOCUMENT_TOKEN_TO_BE_REPLACED

I sat between two women who had missed the same flight to San Francisco I had missed, and had also rushed to grab seats on this one.

One of them said, “Pete Conrad is on this flight. He was standing in the ticket line right in front of me, and I really wanted to talk to him, but I chickened out.”

Scanning the cabin, the other one asked, “Where?”

“Right now, he’s in that bathroom,” the first answered, pointing ahead, “but his seat is right across the aisle.”

An astronaut who had walked on the moon?! My heart thumped faster at just the thought. “Okay,” I announced, “when he comes out, we’re going to meet him.”

Moments later, he walked down the aisle. All three of us stood up, and I held out my hand. “Mr. Conrad,” I said, “It’s an honor to meet you. Could I ask you something?”

He shook my hand, and looking at me with eyes that were somehow deeper, vaster, fuller than any I’d ever seen, he said, “Sure.”

“What amazed you most about being on the moon?”

He hesitated only a second before answering.

“The colors. It would have to be all the colors. ” Pete Conrad, third man on the moon